Hope we can work it out, the Beatles, Congress, the Kardashains...America!

With the political climate in America today the average person cannot figure out exactly what is going on.  The Media - depending on what political side they are on - either puts the spin on the story one way or another.

The Nation is divided between sides depending on who you believe, what broadcaster you listen to and what your parents told you about “what the “Democrats represent” and “what the Republican’s represent”.

Facebook is strewn with phony quotes, crazy and misleading facts, and the biased hatred of a society that should know better than to pursue hatred for the sake of political and financial gain... as well as to listen to the fanaticism of some religious precept known by its “believers” to be the only religion and the only way! (I remember Hitler) 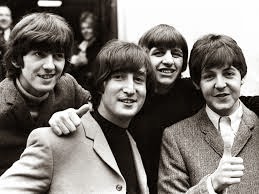 Some say all the “poor” are shiftless, druggie, ne’re-do-wells.

I decided that what we lack in our society and in our Congress today is the ability to COMPROMISE!

So all week I have been humming a Beatles….song…

Try to see it my way,
Do I have to keep on talking till I can't go on?
While you see it your way,
Run the risk of knowing that our life may soon be gone.

Yes we are wasting the best years of our lives debating issues that have caused us great pain and moral upheaval in the past…Civil Rights – Race – Women’s Rights!  Issues that we thought were settled!

Think of what you're saying.
You can get it wrong and still you think that it's alright.
Think of what I'm saying,
We can work it out and get it straight,
or say good night.

We just can’t seem to compromise and work things out!!

Life is very short, and there's no time
For fussing and fighting, my friend.
I have always thought that it's a crime,
So I will ask you once again.

Now we divorce over any issue like the Kardashians or whoever is in right now… We dress and morally do whatever we want because we see it on line, on TV, or and especially in the headlines of the magazines on the racks at the checkout counter.

Health care, crime, gun control… everything is either my way or “Take the Highway!”

Try to see it my way,
Only time will tell if I am right or I am wrong.
While you see it your way
There's a chance that we may fall apart before too long.

Yes there is a chance that our life-style and wonderful Democracy will fall apart before too long…because of it,... I think of Lincoln’s great line… “A house divided against itself cannot stand!”

Life is very short,
and there's no time
For fussing and fighting, my friend.
I have always thought that it's a crime,
So I will ask you once again.

Listen to all sides, research on all subjects, give alms to the poor and less fortunate…We can work it out…but it is up to all of us to COMPROMISE!

Listen to the beatles and sing along!

Posted by Back Street Mary at 9:36 AM