History of Pratt House - A Piece of Missing History 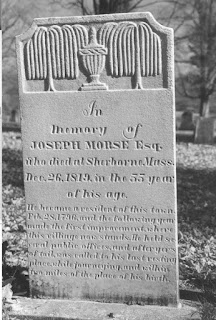 The James Pratt house, which for almost 70 years has sported a historic marker, burned.  The house located today on Route 26 once sat on the hill next to the Great Skaneateles Turnpike on lands once owned by Joseph Morse, who was considered by many to be the father of Eaton because of his expansive business empire.  Its builder, Dr. James Pratt, came from Massachusetts in the early 1800’s and became the first physician in the Town of Eaton and the town’s first teacher, moving to teach in the early days in rotation to three different sites within the town.

The house which had fallen into disrepair over the years was currently a two story home, but in the early 1800’s when built it was described by noted artist Carlton Rice as a white one-story building.  Rice would come to Eaton with Pratt’s cousins to visit his Rice relatives who also lived in Eaton.

The Dr. once owned interest in the Eaton Woolen Mill with Joseph Morse and others and had married Laurency Eaton, the daughter of James Eaton one of Eaton’s first settlers.  (*Please note Eaton was not named for James but for Gen. William Eaton of Tripoli fame.)

After his first wife’s death Dr. Pratt took Joseph Morse’s daughter Eunice as his wife in one of the most notable wedding ceremonies ever held in the village.  The wedding took place on the first of June, of 1814, at the Morse’s new Stone house in the Village of Eaton. (Also marked by and historic marker) and among its guests were some of the notables of Madison County’s history including Col. Lincklean, Col. Angel DeFerrier and his wife Polly, Peter Smith and his sons Gerrit (the abolionist) and Peter Skenandoah Smith, Joshua Leland’s widow Waitstill and an entourage of Native Americans, the Stowes, the Cramphins and many others, basically anyone who was anybody.  The couple were married by the Rev. Jonas Thompson.

Eunice Morse had come to the then wilderness of what would become Madison County with her father, the son of Capt. Joseph Morse and mother Eunice, who was of the famous Bigelow family of Natick immortalized in Harriet Beecher Stowe’s Old Town Folks.  Young Eunice attended school under Dr. James Pratt, and was exceedingly friendly with the Indian children of the area, often inviting them in to warm by the fire. (The Morse family always left the “latch spring” open for their native friends.)  After her father’s death, Ellis, a brother who also came with them, would take the businesses of Eaton over from his father and his brother Joseph Morse Jr.   Joseph Sr. upon his death had bequeathed Eunice $600 to be paid by Joseph Jr. in 3 years from his death, and a lot.  Eunice continued her education going on to graduate from Clinton Academy in 1810 – the last graduating class before it became Hamilton College.

The family was on a move to Palmyra, MO. Where a son James by his first wife found prosperity and died, his grave has never been found.  Eunice moved west, some believe perhaps in hopes of finding him.  She never did.  Dr. Pratt and Eunice’s children and Dr. Pratt’s grown children from his first wife settled near Knox where Eunice lived until her death.  She was considered by all a remarkable woman for her time, she had served the earliest period of our county’s history.

An interesting side note is that Dr. Pratt’s will created quite a storm when he left money to fight an ongoing lawsuit with the Congregational Church he was such a part of.  During this period Charles Grandison Finney, the Evangelist of Oberlin fame, had favored the congregation standing to sing and sitting to pray.  Dr. Pratt believed this wrong and spent much of his fortune fighting this practice.  He suing the church, the church he (Ironically, Charles G. Finney as a boy lived in early Eaton Village then Log City with his aunt and uncle the Cyrus Finney

Posted by Back Street Mary at 7:37 AM