Summer Lectures begin with the Shakers!! 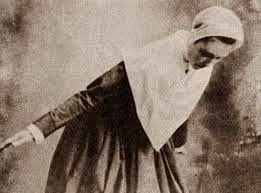 The Eaton Museum's Summer Lecture Series is set to begin on Wednesday, July 31st, in Eaton at the Old Auction Barn site... on Route 26 near the Post Office.
I will be delivering the lecture titled "Shakers, Quakers & Local History" that will start at 7pm... with refreshments available for purchase to benefit the museum open at 6pm.

Today I look back on things and believe that the days of the Shakers "simple pleasures" have dwindled for most of us.  Cute pictures up on line bought back many memories of my growing up in a world not inhibited by Television news, Facebook, video games, hand held devices, and the music and media riot of today.

Getting up early we delivered newspapers, which are now delivered most often by the Internet.  We walked to school... with no worry of molestation or drug soliciting.  We played outside in all kinds of weather and looked forward to visiting relatives for holidays and birthdays.  The phone was a luxury that we only used occasionally and then when we could get on… as we had a party line.

Now fancy clothes, expensive jeans and sneakers are needed to stay in vogue…my sneakers cost 50 cents at the five and dime.  Kids have their own cars to drive to school…we had one used family car and thought that was great.  Chores had to be done...lawns mowed, and driveways shoveled in the winter…shoveled…I still do…no snow blower or plowman.

I have been doing research on the Shakers this month and I was amazed how much I missed the simple pleasures that as children we took for granted. Their song Simple Gifts says it all. It certainly has been made recently iconic by Ken Burns in his documentary on the Shakers…and the story of the song is a great bit of history…yes, another of my “history quests”.

The “gift”of the song, as these inspirational things were called, was given to Elder Joseph Brackett who lived at the society in Alfred, Maine in 1848.  It was meant as a statement of what the “Believers” were striving for.  A sentiment of what was important in life…shunning the “Worlds Ways.”

‘Tis a gift to be simple, ‘tis a gift to be free,
‘Tis the gift to come down where we out to be,
And when we find ourselves in the place just right
‘Twill be in the valley of love and delight.

When true simplicity is gain’d
To bow and to bend we shan’t be ashamed
To turn, turn will be our delight
Till by turning, turning we come round right.

With many other verses added!

Composer Aaron Copeland picked the haunting melody up 100 years later and turned into a score for Martha Graham's ballet named “Appalachian Spring”.  It was performed in 1944 for the first time at the Library of Congress.

It was originally scored for only 13 instruments and won the Pulitzer Prize for music in 1945. The dance won for Graham the “Outstanding theatrical work of the 1944-45 season” award.

Everyone from Judy Collins to Yo Yo Ma and Alison Krauss have recorded the song in recent times…a song that is a tribute to simplicity in this rather schizophrenic world of money seeking and daily clutter.

Posted by Back Street Mary at 4:24 PM