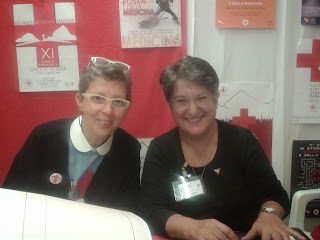 For Valentines Day I thought I would repost one of my favorite blogs on the subject!!!!

What a year so far…Mother Nature has been throwing all kinds of terrible things at us from snow, sleet, wind, blizzards and record breaking cold.  For Valentine’s Day I am stuck here in Eaton staring outside and sitting by the woodstove trying to keep it chuck full of wood.

For Valentine’s Day getting a card was as far from my mind as possible…who in the world would send me a Valentine?  Then came a knock on the door…the mailman???

He handed me some mail, one piece I had to sign for… my curiosity was peeked.

One was a card from Rascal my cat….I opened it and sure enough it was signed Rascal and it even read as if Rascal had picked it out…”You do a lot to keep me happy and healthy and in return,  all I do is sleep, shed, and complain about the food! So since it is Valentine’s Day, I want you to know---I’M WORTH IT!”  I immediately suspected Sarah Curtis…

The second piece of mail was a donation to “Rascal’s Find homes for the Cats”  fund I have been working on…from Florida…Thank You Bob Sherburne!

The third was from Italy…my 500 year ago cousin Emma…(a genealogist said we were related 500 years back) I tore it open and to my surprise it was a book on Florence where she had gone for a special seminar and celebration of not only World War I, but of the Italian Red Cross.  It was research she and a friend, Elena Branca, had been doing on the woman doctors who served in that war…some research that I had tried to help them with.

The book titled “Americans in Florence” is a complete guide to the city and the places associated with Americans past and present…a great “History Book”  filled with information that proved to be a most interesting read on this 35 below zero weekend.

The book is “cock-full”  of information on the famous Americans from James Fenimore Cooper, the Browning’s, Henry James, Mark Twain and anybody who was anybody… describing where they stayed, what they thought about this fabulous city, a city that was indeed “The Birthplace of the Renaissance”.

One story that I found most interesting was the story of the Ponte Santa Trinita Bridge over the Arno after WWII.  The retreating Germans blew up the bridge just before the Allied Forces liberated Florence.  To the great honor of the citizens of the town, who sought to rebuild it exactly as it once was, and with the donations of wealthy American’s like Samuel Kress, and collectors like Peggy Guggenheim,  it was rebuilt using the original plans and using the original material.  To accomplish this… the stone quarry where the original stone came from was actually reopened.

The statues and artifacts were repaired and replace on the bridge.  One interesting story is that the head of one of the “Seasons” statues was not found and many believed an American GI took it.  The President of the Parker Pen Company offered a $3,000 reward to find it using its advertising outlets.

Parker put out a WANTED poster stating - Age; 350 years, Size; 20 inches; Color; marble white; Weight; about 120 lbs with a previously damaged nose!  This produced nothing, it wasn’t until years later it was discovered after the dredging of the Arno,  where it had rested all along!

Great book…I think Emma is trying to lure me into visiting Italy….  No Emma, but you should come visit me here in boring old Eaton, New York…but a word to the wise…not in the winter!!

The book is available on line ISBN 88-09-03157-1 at Barnes and Noble I bet…and worth it if you or someone you know is going to Florence … It is complete as a guide with walking tours, where to eat, galleries, what  to see…everything!