The Great Chenango Canal, the Reservoirs and Eaton History 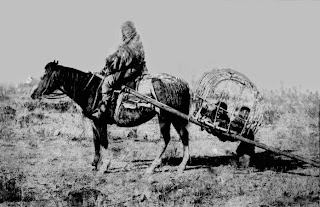 This week I finally have been able to start back on a project I started before becoming injured and ill, a film on the Chenango Canal that we have been working on for a few years.

If you stop at the bridge on 46 going to Hamilton and look back over the fishing section of the canal just off Wendover Road and glance east you can see where all the waters enter.

When originally surveyed by James Geddes it was decided that near this spot all the manmade reservoirs could be built above it and their waters could flow toward the Erie Canal on one side and south toward Pennsylvania on the other.  Today all the remains to mark the spot is a sign for NYS fishing.

The other interesting thing about the area was the ingenuity of Josiah Peck and his son Alonzo who dug out an area that would allow more than one canal boat to unload at the same time.  Alonzo who also ran the Chenango Canal Boat Lines, erected a large warehouse at what would become known as Pecksport... to allowed an overflow of goods to be stored from either the northern or southern routes.

Today there is nothing to mark the spot historically as the signs and historic markers one by one have disappeared.  This is a sad actually, as the vanished history was an important part of the canal which bought a number of new towns and new families to our area.. not to forget the coal to heat the homes with in this cold part of New York State..

The canal also served as the supply route to take goods out of the area.  Some of the regions largest businesses laid to the west in Eaton... the famous Morse distillery of Eaton, the factory of Wood, Taber & Morse Steam Engine Works, as well as the mills of West Eaton.

Too much history of our area has been lost to time... but the ponds of Col. Leland still provide a gathering spot for fisherman and vacationers who enjoy the waters charm much like the Native Americans did... since this area was summer quarters for many of them.

Posted by Back Street Mary at 1:10 AM