The Summer Solstice, the Haudenosaunee confederacy, and Salt! 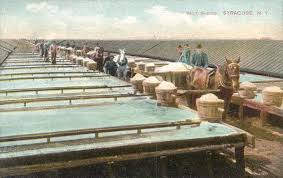 The Old Town of Eaton Museum will be sponsoring another history lecture on Wednesday, June 20th at 7 pm, at the old auction barn on Route 26 in Eaton.  The discussion will focus around the Native Americans of the Central New York area and the importance of Onondaga Lake its Salt Springs to it early settlement.

The Summer Solstice is the perfect time to shed light on the traditions and stories of this time of the year and the importance of the rising sun in our culture.  All peoples the world over used this solar time for special ceremonies that marked the beginning of the planting season.

Onondaga Lake and its many salt springs gave rise to businesses that allowed Syracuse and Central New York communities like Solvay, Tully, Jamesville and others to flourish and become the hub of Syracuse know at one time as “The City Salt Built”.

A lake steeped in traditions that go back to the start of the Haudenosaunee confederacy and the story of Hiawatha it was the home of  “The Great Tree of Peace” under which was buried the hatchet of war. 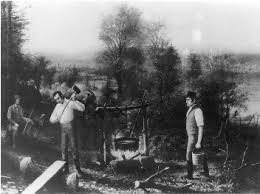 The Salt Springs themselves were of great interest to the early Jesuit Ministers who came down from Canada to map and to convert its Native inhabitants to their Christian Ways.  Many an early settle made their way onto Native land with their boiling bucket and ax to make salt to preserve their meat and fish for the winter.  Onondaga Lake also contained White Fish and Sturgeon a food source that has now become extinct.

Today’s Onondaga Lake is returning to fishing, recreation and boating by projects to clean its pollution cause by many years of industry and waste dumping, however it is these very industries that built the Central New York area and gave immigrants and settlers alike the jobs necessary to produce a vibrant economy.

join Back Street Mary the former Madison County Historian on June 20th with a Rain Date of June 21 at 7 pm to learn more. You can visit the Old Town of Eaton Museum on the first and third Sunday of the month in the summer, from 1 – 3 pm.  The museum is just a stones throw from the auction barn on River Road.

Posted by Back Street Mary at 3:16 AM