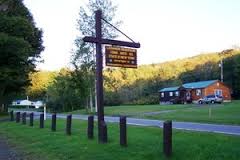 Well the Goddess of Summer has graced us with another wonderful summer week.  My own week has been busy trying to catch up with all the work I have neglected, however, I thought I would take the time to send a little more history your way.

This history is on another of the many ponds and lakes that dot our beautiful Southern Madison County area, Lebanon Reservoir.  I am still a bit under the weather so will get back to you local blog readers with a date for our evening speaking event to benefit the Old Town of Eaton Museum.  I have decided to come out of retirement and speak for a meeting of the Friends of the Old Town of Eaton Museum to raise local awareness of its rich history and its very historic past. Date to follow.

Though located in today’s Town of Lebanon, the water that flowed from this reservoir made its way via feeders to Eaton’s Leland Pond and Woodman Pond areas, where it was distributed to the canal.

This Reservoir has had two names, an old one that is very historic and a new one that is known by everyone. Kingsleybrook Reservoir is one such place. Today, we know this body of water surrounded by camps and homes as a sparkling gem, where fishing, swimming, boating and camping is enjoyed, as Lebanon Reservoir. Its original name and one still used on some maps however, is Kingsleybrook Reservoir.
Kingsley Brook, a fast-flowing stream, provides the water to this reservoir, a reservoir that once fed the Chenango Canal. The reservoir was added after the initial start of the proposed canal to insure that there would be enough water to run the canal during dry times. The dam was contracted in the fall of 1835, and scheduled to be completed by November of the following year. 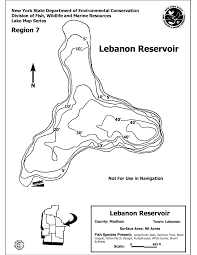 During the process, it was decided to raise the proposed height by 15 feet, it was noted that this would only take a small additional part of land, but would increase the capacity of the reservoir by 80 percent. The addition of the height was never accomplished.
After a horrible freshet occurred in April of 1843, the dam was breached and was severely damaged, estimates for the repair came to over $8,000 ( a pittance in our time). The canal engineers and commissioners felt that this dam and reservoir could be dispensed with, and consequently did not repair it.


By 1864, more water was needed to insure navigation on the canal because of leaking canal walls and decapitated locks, plus the addition of a proposed extension, so work was begun to rebuild the Kingsleybrook Reservoir. This time, the dam was raised the additional number of feet (15) and the dam was completed in 1867. The additional number of feet increased the capacity of the reservoir by over 100 percent. When the Chenango Canal no longer needed its water it became labels Lebanon Reservoir!
Heres a video..

Posted by Back Street Mary at 6:02 AM