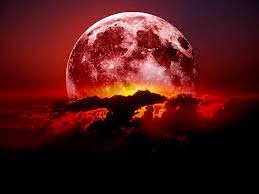 I have been enjoying reading about the Shakers and their history this week.  In actuality we (History Star Productions) are going to tour on the Shakers of New York and Mother Ann Lee next year…but this year they make their way into my lecture on both the Sodus Lateral Canal that I am delivering at the Camillus Canal Society meeting on Saturday, April 18th and the related story of William Pryor Letchworth and Letchworth State Park on April the 26th at the Solvay Geddes Historical Society.

When I saw all the publicity on the Blood Moon of April 4th, I was brought back to another history story…New England’s Dark Day!

Yes …Dark Day…May 19, 1780.  In a book of stories on Ann Lee founder of the Shaker Religion, I found a wonderful story on her and her followers being threatened because of their beliefs.  Many times they were beaten and or threatened with bodily harm because of their missionary work among the “World’s People” while  they were looking for converts.  This one story has them in New England threatened by a crowd when suddenly the sky became black and the sun was completely obscured.  The crowd disbursed hurriedly…thinking that the end of the world was at hand!

There are hundreds of stories relating to tales of this day that is well documented in history and it wasn’t until recently, using timing and accounts of the event, that science answered the reason “Why and How” it occurred.  Answer…huge forest fire in Ontario Canada.

By studying the rings on trees scientists were able to pinpoint …via damage to the rings… a date which indeed corresponded to the times listed in newspaper and diary accounts.  The huge black mass of smoke moved via wind south and east.

I loved some of the quotes listed about the event, an event that many thought was God’s work and a symbol of the end of times.

One quote became the fodder for a poem by John Greenleaf Whittier called “Abraham Davenport" a Connecticut legislator who said when the session was set to adjourn because of it….”I am against adjournment.  The day of judgment is either approaching, or it is not.  If it is not, there is no cause for adjournment; if it is, I choose to be found doing my duty.  I wish therefore that candles may be brought it!”

So on this special Easter weekend, with the Blood Moon rising….think about how times have removed superstition and how events are no longer seen as dire warnings from God but explainable events…

Rev.6:12 13 …and there was a great earthquake. The sun became black as sackcloth made of hair, and the whole moon became as blood.

Posted by Back Street Mary at 5:11 AM