Kris Kristofferson, Johnny Cash, the NYS Police, and the freezing cold on this Sunday morning coming down! 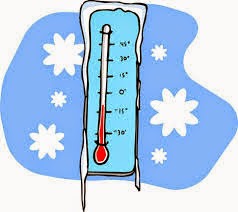 What a week…like many before in someway…yet like none before in others.  The temperature here at my house, which is one of the lowest houses on the street, was far below zero every night including last night.  The man who was paid to deliver me wood, and owed me wood, kept promising to show up but never did.  I have been hand to mouthing it trying to keep warm, having to stay up most nights to put in a piece of wood here, a little kerosene there.

I had to pick my friend Bob up from the Crouse Community Center supposedly to take him home…. We got to his house at temperatures with wind chill far below zero, only to find his furnace out and everything frozen.   So back he went to the nursing home and I tried to get someone to get the furnace running and find out what was going on with the plumbing.

To add to this nightmare I parking my car and Barb’s at a friendly neighbors empty driveway, so they wouldn’t be in the wood deliver’s way when he backed his truck in.

I was unsuspecting that some crazy neighbor (Who did not recognize the cars and although I have  lived here for thirty years?) would call the owner reporting that we were there and the shed door was open...so the owner called the police. "Thieves?"

So two handsome NYS Troopers were dragged to Eaton to find two old ladies…old Back Street Mary and Back Street Barb pulling out to go… as once again the woodman called and said sorry he wasn’t coming.  After a chat we were off…”they let us off the hook” to go the store to try and buy food and kerosine for the second time… since that morning when I went to the store, I found that my debit card had been cancelled.  No not because of being short of funds, but because I had requested a new card as mine was having trouble swiping.

All in all it was not my best week….frozen pipes…40 degree temperatures inside the house, no food, trying to get heat and water to another house...Yikes!

So even though it was below zero last night…I got the old woodstove revved (he finally delivered wood) and fell asleep for a bit between stockings….ahh!!!

So when I woke up this morning I had a song running around in my head…”Sunday Morning Coming Down”…  Since it was too cold to drink beer and I don’t do drugs I found it curious…but the words were right as I sat here…”Nothing like a Sunday…to make a body feel alone!”  Yes!  So I was off on my next history quest!

The song was written by Kris Kristofferson in 1969 and was released by another singer, Ray Stevens.  Later Kris released it himself on his first album…there it was heard and picked up by legendary Johnny Cash who recorded it after singing it on his TV show, he made it part of a live album he did.  Cash won the Country Music Award with his rendition that year and he kept it in his repertoire ever after.

It is said that during an interview years later Kristofferson remarked that doors were opened for him with that song, and that its success allowed him to quit working and obviously go on to a great career as an artist and songwriter!  Yes I am singing it Sunday morning coming down!

(Did you know Kris  earned a Rhodes Scholarship to Oxford University?)

Posted by Back Street Mary at 7:39 AM