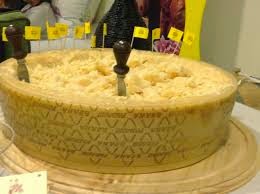 Well the "Big Cheese Day" is on us and on January 21st, the day after the Presidents "State of the Union Message", this years cheese will be cut on the White House Lawn. However, the public is invited to attend by asking questiones on line, not in person.

The story behind this day goes back to President Andrew Jackson who on receiving a huge block of cheese opened the doors of the White House and allowed the public to come in and partake of this huge present he had received. Jackson saw the White House as belonging to the people and the cheese as well.

The damage done to the inside of the White House on this occasion was extensive.  People were packed in so tight that they stood on furniture, some came in through the windows, some left that way. At the finish of the day the main rooms were in shambles and a fortune was spent by Jackson to renovate, buy furniture and repair the enormous damage that was done.

Well this historic incident had its beginning in the little upstate town of Sandy Creek, and its maker not only gave a large cheese to give to the President, but made two others to give to the Vice President and the New York Governot as well.

I think few knew about this until, a segment mentioning it was on done the television show West Wing during its first season. In this episode Leo McGerry reminds everyone that it is "cheese day" and relates the story of President Andrew Jackson receiving the huge cheese and having it set in the White House’s main room.  There he threw the doors open and invited the public into “their house” so that every citizen could share in the bounty.

So to promote this day the White House was made a commercial with the West Wing actors touting it. 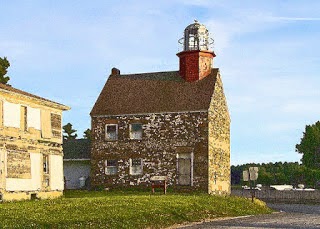 The cheese was recorded to have weighed over 1,400 pounds and was made near Sandy Creek by Col. Meacham and was transported first by sets of gray horses to Pulaski and then on to the port where it was shipped via schooner and the canal system to Washington, D.C. The man who made it, Col. Meacham, was noted for his showmanship.

Today tourists occasionally wander down to the port from which the cheese was shipped never knowing its history. Situated at the mouth of the Salmon River the remaining relic of the Port that shipped the huge cheese is the Selkirk Lighthouse, an old landmark that looks like it dropped down from a time of sailing ships and double-masted schooners... Listed on the National Register of Historic Places, it still stands towering above the water with a near by a shell of the old hotel where sailing ships docked, and guests stayed in the hot summers of the past.

Built in 1838, this venerable relic has one of the few “bird cage” light surrounds left on Lake Ontario. Costing the United States Government seventy-five hundred dollars, the building escaped the renovation of many of the lake’s lighthouses because of being scheduled to be decommissioned (which it was) in 1858. It was built because many thought that by putting a lighthouse near the lake in what was considered a dangerous area known for shipwrecks, and by dredging a deep channel in front, it would become a large port, which it was for a while.

Unfortunately, its neighbor Oswego to the west took its business because of its link to Syracuse via the Oswego River and Canal but not before the port shipped the "President's Big Cheese."

Posted by Back Street Mary at 3:19 AM