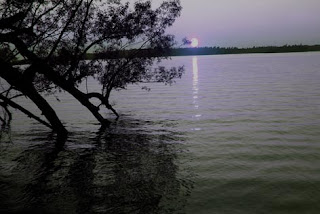 This week has been filled with sadness and nostalgia…memories.  I have been so depressed and laughingly said I should commit suicide on "Suicide Prevention Day"….but.. perhaps melancholy is probably the more correct term to use.

I have lost all of my family but a brother & family who all live a distance away, my friend of 37 years Chris, all of my relatives who were close…every friend I used to treasure here in old Eaton for the most part,  and it seems there is no way out of this downward spiral that I am on.

Perhaps it was because of 911, thinking of those with loved ones in the service with thoughts of Syria and more war, or just seeing my cousin who lost his father - my Godfather, this past year …or because great friends from Syracuse some who I miss and some who came up to visit after they had lost their father & husband… but whatever it was.. I can’t seem to shake it.

Maybe it’s the fact that I spent all of my money and energy to open a museum and put on a “Hometown Day” for Eaton that turned to disaster because of the thoughtless savagery of Peterboro, who could not even have their own parade but stole the once every three year parade that marked Eaton’s Old Hometown Day.

Whatever it is.. I could not stop singing or humming a very sad song…"Deep Purple"!

When the deep purple falls..
Over sleepy garden walls?…
And the stars begin to twinkle in the night..
In the mist of a memory ..
You wander on back to me..
Breathing my name with a sigh..

As of course, you would suspect …the song has an unbelievable history.  This piece of music was written originally as a piano piece written by pianist Peter DeRose, who broadcast, 1923 to 1939, with May Singhi as "The Sweethearts of the Air" on the NBC radio network.

"Deep Purple" was published in 1933 as a piano composition. The following year, Paul Whiteman had it scored for his suave "big band" orchestra that was "making a lady out of jazz" in Whiteman's phrase. "Deep Purple" became so popular in sheet music sales that Mitchell Parish added lyrics in 1938 or 1939.
It was recorded so many times by different bands and sung by different singers that it is amazing.  On the hit charts it was a  number 1 song in 1939 with Larry Witman, it was also number 2 for Jimmy Dorsey and His Orchestra, a number 9 for Guy Lombardo and His Royal Canadians, number14 on the charts for Bing Crosby, number 17 for Artie Shaw and His Orchestra….. all in 1939.

By January 1949 Paul Weston and His Orchestra recorded it as well as Billy Ward and His Dominoes in September.  For us 60 year olds it became number 1 again for Nino Tempo and April Stevens in September 1963 and also a hit for Donny and Marie Osmond in December 1975.

It just seems to remind you of every love, every person you ever knew.. and how loneliness feels at night.

In the still of the night
Once again I hold you tight..
Though you're gone,
Your love lives on when moonlight beams
And as long as my heart will beat,
Sweet loved ones we'll always meet..
Here in my deep purple dreams…

To those who miss someone, friends who are departed,  or those who lost dear ones on 911, or to war, or lovers left alone….hum along and sing to Jackie Gleason and his Orchestra…..

Memories are all we have but they are worth more than money and are the only consolation for us who are lonely.
Posted by Back Street Mary at 6:29 PM