A trip to Quebec, Paul McCartney, and French hot dogs!!!

This week is almost over and I can only say it has been a wild one.  My poor cat Rascal got a severe ear infection and had to go to the vet, which turned out to be a painful experience. 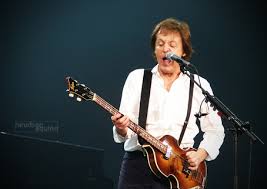 I went north to Lake Ontario to see the spot where my friend of 37 years is buried…something I have wanted to do for 3 years…  and then took a quick right to Oswego to visit my brother.  As usual he was working but I did get a quick visit with my sister-in-law and she could show me pictures of their latest trip, which was to Quebec and a Paul McCartney Concert.

She related how boring the ride up was and suddenly I went back in time to my last and only visit to Quebec in the late 60’s I believe.  We went as a family outing and I do remember the drive was…well boring and long.  The other thing I remembered was that it was in the middle of the French-English debate.  Humorously this debate is back in the news again.

Did you know that French in the Canadian province is the most regulated language in the world.  Yes…they passed legislation in 1977 I believe to solve the problem as to what the officially language was (which is both) but the controversy is back and up in front of the public with a new bill this year!  Some want Quebec sovereignty!  Read this article to catch up!

Then everyone gave us a hard time because we asked for directions in English.  The people were rude and although the old city of Quebec was picturesque and clean…I did not enjoy the visit until we found a “Fair” to attend on a day that it was pouring rain!

There of course, the vendors wanted to make a buck and spoke in any language they could to sell you something.  It was a unique experience…and fun culturally!

However, my greatest remembrance of my trip to Quebec had to do with food!!
Yes it was food!  I was in a store a few months ago with a friend and I exclaimed “Pronto Pups!”  She looked around on the floor for some lady with couple of Poodles I suspect…she said “Where!”  I pointed to the case where there were corn dipped hot dogs on a stick….”Those”.  She said…”Those are corn dogs!”  Well at the Quebec Fair they were called  “Pronto Pups!”

The new dilemma I suspect is if I go to Quebec how do I ask for them…. Is there a French translation for “Fast Hot Dog!”???

Here is a Gordon Lightfoot song written during the late 60's-early 70's about the subject....I love the melody interlude...so "French!"

Posted by Back Street Mary at 6:39 AM