My backroads trip into Vincent van Gogh and a Starry Night! 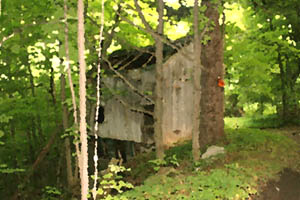 The floods have subsided for now and the heat index has risen causing the moisture to hang in the air.  Sunday morning I decided to take a drive to look for the neighbor’s missing dog.  The light filtering through my window made me wish I had my oil paints, brushes, canvas and could find a country setting to sit and paint.  That feeling has not come over me for a while and unfortunately... I have had no money to invest on this former pastime.  So instead I took my new artist tool of sorts… my camera... and escaped with the car windows down searching and enjoying back roads and summer colors. 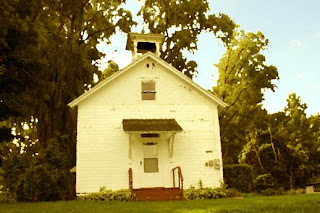 It was on these back roads that I found deserted walkways, bridges and buildings, certainly links to Madison County’s history, but now entangled in a multitude of vines and overgrowth.  As I snapped I thought about how unreal I could make them look using a simple trick application.  Yes, today we can make paintings by clicking a shutter and then clicking a mouse on a computer.  So back home I went to play with color. 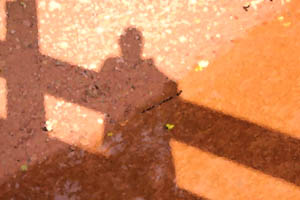 Being a fan of impressionism I dabbled with a few effects and finally picked what they called palette knife… photos that actually look like oil painting.  This actually brought me to thoughts of Vincent van Gogh…the light…that special light he found with bright colors and sought in Arles, France.

Van Gogh’s story is a famous one … stories of his bouts of mental illness, of being supported by his brother Theo, of Theo’s wife saving his letters and in a way- after his death, making him one of the most famous painters of all time.  When he died at the age of 37… he had painted over 2,000 paintings…. but had in reality sold only one. 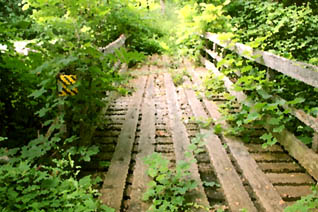 Today Vincent van Gogh’s paintings have commanded some of the highest prices at auction…many for close to 100 million dollars.  Yes… and his painting and style are recognize by school children and older people alike.  He is noted for having painted 200 pictures in 200 days at the end of his life… some of his most recognized subjects include himself, sunflowers, irises, and my favorite painting “A Starry Night” … which, I have seen in person.

Van Gogh died on July 29, 1890…but his influence on painting continues even to this day.  He was a man who worked hard to master his art but in the end was unable to master his inner demons.

Today on Facebook some one posted a cartoon that expressed the desire for all of us to go out and look at the stars.  Tonight I will.

This video is a must watch… it features Don Maclean’s tribute to Vincent van Gogh and his pictures put together by an instructor at a mental illness facility… Van Gogh’s paintings come to life to the words… enjoy and take the time to go out and see the starry, starry, night!!

***The pictures above are the ones I took on Sunday!
Posted by Back Street Mary at 7:59 PM