The summer like heat has made me think about Old Forge!!! 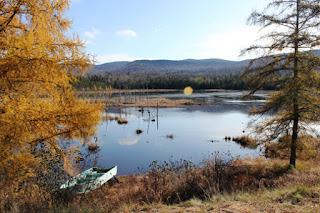 This week I have an urge to think "Summer"...must be the heat...and take a trip up the Adirondacks and Old Forge.  My brother has been remodeling his place up there and I could snap a few "going along" pictures for fun and then I could visit the Old Forge Hardware Store and wander around looking at all the stuff it contains.  After a ton of visits you can never really see everything that is in that store.

Of course being a history buff...on one of my trips up I did some research on the Old Forge Hardware Store and its founder...Moses A. Cohen.... and it is a really interesting story!

Moses A. Cohen was a Lithuanian immigrant who came to America to
join his brother at the young age of 16. Moses started as a pack
peddler, walking a route through the wilderness of the Adirondacks
near the Saranac River, eventually going into a retail business with his
brother David, in Bloomington, New York. As a pack peddler he was
known to carry a 100-pound pack to cabin or house, from place to
place. A friend of many, he was a successful man who knew the value
of the honesty of a merchant, something he had learned from his
father in Lithuania when they would go many miles to town and bring
back goods to sell in their neighborhood.

Eventually, bought out by his brother David, he wandered into a place
called Old Forge with a wife and an old horse with a cart of goods,
setting up a business in rented rooms. When he had enough money
he built a store. With the burgeoning retail market caused by the influx
of people to this vast scenic area and the opening of lumber mills to fill
their building needs, his store took an important place in the village as
a source for goods and supplies.

This building, built for about $10,000, burned in the 1920’s causing a
great loss to the Cohen family. Never one to give up, Moses rebuilt the
building and today, as the Old Forge Hardware, the Cohen Building
stands as a Mecca for travelers and visitors to today’s Old Forge. No
longer in the family, it is still a must see for tourists in the Old Forge
area, and it still carries anything anyone could ever need.

Cohen was an important man in Old Forge for many reasons,
becoming its first bank director, a 50-year Mason, and a founding
director of the Adirondack Museum at Blue Mt. Lake. This immigrant
pack peddler also became one of the largest landowners in the
Adirondack region. With his son, he was responsible for the building of
the Enchanted Forest, Howard Johnson’s and was a mover in getting a
ski center to Old Forge.

In 1976, to honor his father, A. Richard Cohen donated their residence
to the community so that it could act as the library and today their house is
providing services to community members and visitors - a wonderful
monument to the Cohen family that invested not only its time and
money, but its "heart" to a region that is one of the scenic wonders of
America.

Take a drive up and enjoy the day and a visit to this historic business and look around you might see me wandering about wishing I could buy everything!.