Disasters and their history including one in CNY at Split Rock 100 years ago!! 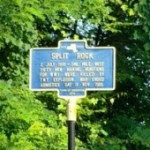 We here in Central New York had a major industrial disaster at Split Rock, and just this week I was reviewing it for a friend who was interested in it, so here it is!

...On July 2, 1918, the Split Rock Quarry blew up. The shock waves and sound of this disaster rocked the area for miles and people who had no phones or radios would have to wait to find out what had happened or if the United States was being attacked. WW I, the “war to end all wars” would continue until November 11th of that year, yet the tragedy and uncertainty of those hours will live forever.

The plant was originally part of the Solvay Process Company and the overhead buckets that carried the limestone to the Solvay plant are gone as well. Today all that remains are a few remnants of the plant and an open space that many believe is haunted by the ghosts of the men that died there. The plant crusher is in part visible and there are natural limestone caves and man made underground rooms in ruin, but most haunting there is the quiet.

The cause of the blast was eventually stated to be a motor that overheated in a wooden building, which eventually made its way to the plant and a storage area. In fact some luck was with the area that night, since the other storage facility lay across the valley and did not detonate with the main blast.

In all 50 men died, but many others lost limbs, sight, hearing and certainly the trauma of the event remained for many years afterward. For those that thought they had found a good wartime job, the consequences proved enormous.  Today visitors and ghost hunters alike tour historic site and look at the ruins, trying to picture what the place was like the night it blew up.

*A personal note is that my mother who was 5 year old at the time remembered hearing the blast and being frightened and screaming. Her mother, she said, gathered all of the children and went out under a tree and kept them close to her until word arrived as to what had happened. Her neighbors, the Hazel’s, received word that their son was alive but had lost limbs. A night remembered by all and a tale passed down from generation to generation.. For more on the Split Rock Disaster you can find a wonderful book by Janesa R. Foley titled “The Night the Rock Blew Up”.

For more CNY history articles and video go to my website at www.historystarproductions.com.

View video..some see faces in it....besure to have your sound on!

Posted by Back Street Mary at 8:49 AM