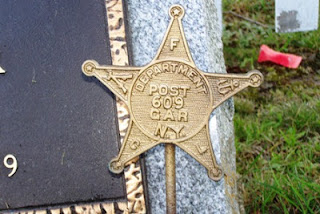 Dr. Mary E. Walker is an interesting woman who has been forgotten by many in the history of “Women’s Rights” and Central New York.

She is known perhaps more for her Congressional Medal of Honor (the only one ever awarded to a woman) for serving as a doctor and surgeon during the Civil War and less for her contribution to women’s health and well-being. Born to an unusually free thinking family from Oswego, New York, Walker was encouraged by both her father and mother to enter into fields that in her time were considered men’s alone.

Her legacy included her lifelong dress reform work that put her in constant rebuke and caused her great friction with the Women’s Movement leaders like Susan B. Anthony and Elizabeth Cady Stanton.  As a matter of fact she annoyed them so much they practically wrote her out of the “Women’s Rights History Encyclopedia” that they authored with Matilda Gage.   The early advocates of “bloomers style” had eventually stopped wearing them because they felt it drew attention from the “cause”. Mary Walker however continued the practice, especially necessary during her Civil War Service, where she dressed more like a man in uniform.

Walker was known to wear a bloomer type of costume from its entrance into the reform spotlight when Elizabeth Smith Miller of Madison County introduced it to Amelia Bloomer.....until the day she died.  Her main talking points were that tightfitting corsets and heavy bulky dresses endangered woman’s health, especially when they were working. Her mother was another freethinker who also wore the costume.

To support her stance she endured being spit upon in public, having bricks thrown at her, was followed by male crowds, victimized with rebuffs and even arrested in major cities and towns that did not want her to speak on behalf of woman.

One of her supporters however, leads us right back here to Madison County… On one occasion an Officer Johnson who charged her with appearing in “male costume” and disorderly conduct, arrested her. …The Oneida Community’s periodical “Circular” covered the event since the Oneida Community had long favored reform clothing for its workingwomen.  The “Circular” praised the dress reform movement and called her attire - “sensible and attractive" and said that she should be honored for her “long service as an assistant surgeon during the Civil War.”

She did live long enough to see her costume embraced at the turn of the century for “tennis and bicycling and other athletic endeavors for women”!

I often think about how far we have come with dress reform today! Walker is buried in the Town of Oswego Cemetery just a short distance from where she was born on November 26th, 1832 and raised.

Dr. Bertha Van Hoosen’s memorial perhaps best fits her:  Dr. Mary’s life should stand out to remind us that when people do not think as we do, do not dress as we do, and do not live as we do, that they are more than a half century ahead of their time, and that we should have for them not ridicule but reverence.”

Here is an interesting little history clip of this famous CNY woman!

Educated as a Doctor in 1850’s at the Syracuse Medical College, she graduated as a medical doctor and eventually married one of her classmates going went into practice with him on Dominick Street in Rome, NY.  Her husband was unfaithful and she sought a divorce from him - another rarity for the times.  In these yearly years women had to prove the unfaithfulness of their husband (which was easy for her) and then have to wait 5 years for the decree – it eventually took 8 years to accomplish.

During the conflict she also acted as a spy for the “Secret Service”.

Walker became a popular speaker and traveled to Europe to lecture on women’s health, clothing reform, women’s rights and more; as a matter of fact she was considered a fabulous public speaker crisscrossing the country stumping for women’s rights and voting reform for much of her life.  In later years she studied court records and was keenly interested in the criminal insanity plea.


A new book by Sharon Harris called Dr. Mary Walker: An American Radical is a wonderful read with in-depth information on this woman of indomitable will and courage.