A Christmas story about a upstate NY Saint, Kateri... 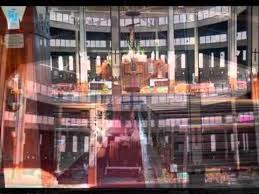 I have been thinking about past Decembers and remembered this Christmas season story from 2013 that brought news of the canonization of an upstate New York woman known to many simply as “The Lilly of the Mohawk”, Kateri Teckawatha.

Born at the Mohawk fortress of Ossernenon (New France) today’s Auriesville, New York, of a Mohawk Chief and a converted Algonquin mother, Kateri was our first Native American saint.

Kateri’s life was a life of turmoil losing her mother and father to a small pox epidemic at 4 yerars old, surviving the disease herself with a terribly pocked face and poor eyesight. She was taken in by her Uncle a Turtle Clan Chief who was not favorable to the Catholicism of her mother. The rosary that was the only thing she had of her mother’s was taken away from her. Ossernenon later burned and the grouped moved to today’s Fonda, across the Mohawk River.

Kateri never married and was not only ridiculed because of her holiness, but also because of her unwillingness to marry. She was baptised into the Catholic religion on Easter Sunday in 1676, taking the name Kateri, which is a Mohawk pronunciation of the French name Catherine. Fearing for her life because of her devout nature and resolve to remain a virgin, eventually taking a vow of “Chastity”, she was driven out of the Mohawk village and moved to the Native American Christian community of Kahnawake in Canada, where there is a shrine to her is today.

At Kanawake she tended the sick and elderly where it was recorded that she practicing “mortification” to make her more holy. Kateri died age the young age of 24. It is at her death that it was recorded that her face immediately changed, all her disfiguration vanished and her face became white like marble. Her last recorded words were “Jesus I love You.” It is held by traditions that she healed many of the people who attended her funeral as well as it being recorded that she appeared after her death to people.

Today many have asked for her for intersession and she was made “venerable” in 1943, by Pope Pius the XII and on in 1980 by Pope John Paul II beautified her. This year on December 19, 2011, the Congregation for the Causes of Saints certified a second miracle through her intercession, which has led to the announcement that she will now become a Saint of the Roman Catholic Church.

Auriesville itself was named for the last person to leave the settlement, Auries, and today the site is open to the public to honor the Jesuits Saint Isaac Jogues, and his companions, Saint René Goupil and Saint Jean de Lalande, who were martyred by the Mohawk.

The Auriesville Shrine (Ossernenon) also honors Kateri with a special Chapel and with the story of the settlement and the saints in a museum on the grounds which overlooking the Mohawk River, The National Shire to this venerated Native American rest across the river at today’s Fonda.

Her tombstone testifies to the name she is often call “Lily of the Mohawk” it reads: “Kateri Tekakwitha – Ownkeonweke Katsitsiio Teonsitsianekaron – The fairest flower that ever bloomed among red men.”

Posted by Back Street Mary at 6:48 PM