Up Coming Memorial Day, Museum and History plus Fun 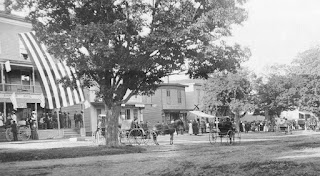 Well...while thinking about the upcoming Memorial Day Holiday I was struck by the fact that this year will really be unlike so many before.  Our little Museum crew was going to do a celebration for the 25th Anniversary of the Neighbors for Historic Eaton the group that started this whole history of Eaton gig.  Doesn't seem possible but its been 25 years. But the Covid 19 has ended these thoughts for this year.

What started as a parade and cake in 1995 has now expanded to two museum buildings, websites and history research area, as well as a place in the historical community of New York State.  There is much work to be done though, especially on getting our research work labeled, setting up cleaning for old documents and sorting etc, ...for this we will need volunteers,,,but that must wait just like the Memorial Day Celebration this year.

In a week I will start a series on the Revolutionary War and the early settlers of Eaton who served in that war and I am hoping to do a presentation on video of the cemetery and the man who we have chosen to honor this year.  He has a famous name... Myles Standish, and yes he is a direct descendent of Myles Standish of the Plymouth Colony. 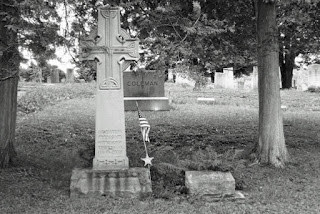 So while wandering around the Cemetery I came across the grave of Melville Landon, better known as Eli Perkins.  He was a Civil War Veteran, a Major and helped set up defenses for Washington DC before the War.  His later life made him a lecturer and comedian.  So to cheer us up a bit I am going to include a piece of humor he wrote on one of Eaton's past residents...a real businesses man whose store was on Main Street across from today's gas mart.


Uncle Hank Allen was perhaps the smoothest and most accomplished liar in central New York. There were other ordinary country post-office liars in the beautiful village of Eaton, New York, where I was born but Uncle Hank could lie like a gifted metropolitan.

Every night Uncle Hank’s grocery was filled with listening citizens, all paying the strictest attention whenever the good old man spoke. When Charley Campbell or John Whitney lied nobody paid much attention because they were clumsy workmen. Their lies would not hold water like Uncle Hank’s.

Why, the old man’s lies were so smooth, so artistic, that, while listening to them, you imagined you were listening to Elder Cleveland’s Bible stories.

One day they were talking about potato bugs in Uncle Hank’s grocery:

“Talk about potato bugs,” said Dr. Purdy, “why, up in my garden there are twenty bugs on a stalk.”

“Twenty bugs on a stalk! Only twenty!” mused Charley Campbell contemptuously, “Why..they ate my first crop of potatoes two weeks ago and they are now sitting all around the lot on trees and fences waiting for me to plant them all over again.”

“Why you don’t know anything about the ravenous nature of them potater bugs!” exclaimed Uncle Hank. “You may call me a liar, but I’ve had potater bugs walk right into my kitchen and yank red-hot potaters right out of the oven! ‘Waiting around for the second crop,” exclaimed Old Hank with sneer. “Waiting? Why, by gosh and blast your souls, I was up to Townsend’s store yesterday and I saw potater bugs up there looking over Townsend’s books to see who bought seed potaters for next year. I did, by gum!”

The whole grocery was still when Uncle Hank finished. You could have heard a pin drop. Finally, a long lean man from Woodman’s Pond raised himself up. The stranger, evidently a new-comer and not acquainted with Mr. Allen, pointed his long finger at Uncle Hank and exclaimed with a hiss “You are a liar!”

Uncle Hank looked over his glasses at the stranger long and earnestly. Then holding out his hand, he inquired with a puzzled look:

“Where did you get acquainted with me?”

Posted by Back Street Mary at 1:21 PM