This used to be my favorite day trip at Christmas on Santa Lucia weekend.  I and friends would go to Swedish Hill Winery near Seneca Falls, enjoy shopping along the way and tasting some wine.

Today the feast is celebrated on December 14th though it was originally celebrated on the darkest – shortest day of the year December 21.  In America we call her St. Lucy, though Santa Lucia day is celebrated in Italian, Germanic and Scandinavian countries like Sweden. 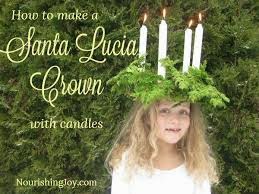 Posted by Back Street Mary at 3:12 PM