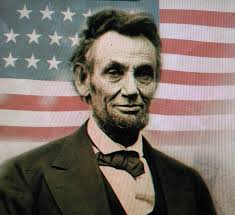 Horatio Seymour a Utica native and Governor of the State of New York, was one of those privileged to hear in person one of America’s greatest speeches. On November 19, 1863 he sat with 5 other northern state governors in Gettysburg, the speech to be delivered by President Lincoln at the dedication of the Gettysburg Cemetery.

This November 19th the speech called “The Gettysburg Address” became 147 years old, and starting in April, Gettysburg along with other important sites of the Civil War will start a 150 Anniversary set of programs to commemorate that great turning point in American history.

The battle, which lasted three days, killed over 7,000 men and over 300 horses that lay on the ground decaying in the heat of July. The battle had wounded another 40,000 or so men and the people of Gettysburg - that only numbered 2,400 had the ungodly job of burying the dead and burning the horse carcasses.

It is they, with an attorney David Wills, who petitioned the Governor of Pennsylvania to get federal funding to buy land (17 acres for $2,475) to turn into a final fitting-resting place for the fallen. Throughout the ensuing months bodies were exhumed from the battlefield and buried in the nearby cemetery and November 19th 1863, the day it was to be dedicated.
The main orator was to be the famous Edward Everett delivering an 13,000 plus word oration, followed by music and then the President who delivered only 300 words. Those 300 words however, have lived forever, and to this day are quoted by many school children that have memorized it.

Lincoln’s purpose in the speech was to bring the importance of keeping the Union together and finishing the war as one “Nation” to the people. (Lincoln had become unpopular as over a quarter of a million men died already and debate on the draft was raging) We are still one Union and the Gettysburg Address is indeed one of America's greatest speeches.

*Of interest is that Horatio Seymour was born in Pompey, New York and moved to Utica at 10 years old, his sister Clarissa married Ledyard Lincklaen her second cousin and lived her days out at Lorenzo in Cazenovia.

Posted by Back Street Mary at 4:43 AM