Snow on the ground, Georgia on My Mind, Hoagy Carmichael, and Priceless Music! 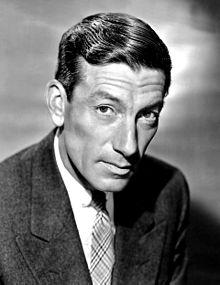 Quite a week that is a bit depressing also as the first winter snow has turned the ground to white.   The cold has officially taken over our nights and the chill in the air is noticeable. I just got a few new posts on my Facebook page from my brother and family visiting Savannah, Georgia, and started singing “Georgia on My Mind” and… as usual began to wonder about the song and who wrote it.  Yes… I was soon on another of my “History Quests”.

After a bit of research I realized that Hoagy Carmichael had written that classic and so many others that it was unbelievable. Born in Indiana with the name Howard Hoagland Carmichael to an electrician and his wife, a woman who played the piano for extra income.

By six he was playing the piano and singing with the family, although as a young man he actually studied to be an attorney.  This seems to me so far from the music world…and yet, he somehow became involved with the music profession and by chance while writing some tunes and arranging music dates for a band in school…he met a coronet player by the name of Bix Beiderbecke and the rest is history.

Carmichael began writing music including two tunes that became popular…“Washboard Blues” and the “Riverboat Shuffle”.  He was off…By the time he finished with his writing career he had accomplished something no one else had done…he had written four of the most recorded songs of all time…”Stardust”, “Georgia on My Mind”, “Heart and Soul” and my favorite….”The Nearness of You”!

Carmichael also appeared in a number of movies, 14 to be exact…with some of the world’s most famous actors and collaborated with some of the industries top talents like Duke Ellington. His tunes attracted many famous lyricists who wrote the memorable words to his priceless melodies.

Tune like “Stardust”, “Up a Lazy River”, “Lazy Bones”, “Georgia on Mind” and many more etched for him a spot in the Song Writer’s Hall of Fame…and his legacy still lives on today in music and in an era of great songwriters and lyricists.

***Nearness of you was done by everyone from Barbra Streisand to Kieth Richards....in my time it was Ricky Nelson who brought it to my attention...enjoy this baby boomer friends...

Posted by Back Street Mary at 2:37 AM