With all this chatter about “50 Shades of Gray” I amused myself over a cup of tea last night thinking about the variety I was drinking…Earl Grey.  It is one of my friend Cathy Nagle's favorites, although that might have something to do with the fact that her maiden name was Earl.

So I thought I would “history quest” Earl Grey Tea… and to my surprise it was fascinating. 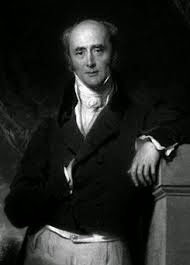 The Earl in Earl Grey Tea is the 2nd Earl Grey whose name was Charles.  Charles actually became the Prime Minister of England and it is during his administration that slavery was abolished in the UK. Charles and his family early on were seated at Howick Hall in Northumbrian, he being known as Viscount Howick.  The thing he is most remembered for however... is Earl Grey Tea.

Tons of stories float around on how he became synonymous with the tea, one account being that he saved a Chinese Mandarins son from drowning and was presented with the tea recipe…though this story has been discounted, it is as good as any.

The tea gets its unique citrusy taste from an orange variety called Bergamot that comes from Italy and the Mediterranean area.   Oil is extracted from the fruits rind and infused into a black tea (once Chinese now from many places).  One legend has it that the tea was specifically blended to cover the taste of the water in  Northumberland, home of Howlick Hall…an area whose water is heavy in lime.

Jacksons of Piccadilly claimed the original Earl Grey tea, although many companies including Twinning’s have made it. Off shoots of the original tea that add Lavender is called Lavender Lady and an extra citrus variety is called Citrus Lady Grey. 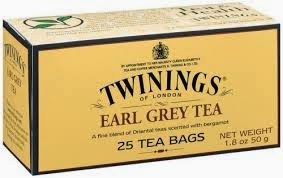 All in all... it is still one of the most popular teas made, it is even used as an infusion in cakes, scones, and other bake goods.  Its modern notoriety coming from Star Trek: the Next Generation as Captain Pickard’s favorite. Health food stores note it is high in antioxidants and its citrus base is good for tons of stuff…well, if they say so.  However... it is noted that for people who take certain drugs its chemical make up acts like grapefruit juice…if you drink more than a liter or two at once. So I guess most of us are safe…huh.

However for a cold winter’s night there is nothing like a cup of hot Earl Grey Tea…adding one of those Earl Grey cupcakes would be a great addition don’t you think.

Posted by Back Street Mary at 6:35 PM