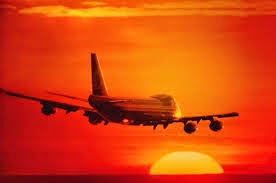 Sunday…I can think of a number of Sunday songs that have been popular but today it is Gordon Lightfoot’s “Early Morning Rain” that I am singing, especially since I only have a dollar to my name.  It is raining and quiet and truthfully I wish I could be anywhere but here today.  Wish I could hop a “Jet Plane” and go to some place quiet where there is no news programs, no starving people, no Ebola, no war, no missiles coming in, no sadness.

The news has brought WWIII closer in my estimation.  The media needs stories and just placing this out in the public sector I fear encourages bloodshed.  I can’t imagine killing anyone or anything… think of walking down your street and shooting people or blowing them up because they go to a different church.

Religion and Nationalism have cause more deaths than can be counted by normal means.  We hail our warriors as heroes…and yes those that have to serve are… if they protect us. But why should they have to protect us?

Towns and cities destroyed because of hatred… Who owns the land?  Who has rights to the water?  Who is right - who is wrong?

If we could all live by that old-fashioned “Golden Rule”…do unto others, as you would have them do unto you the world would be a different place.

What kind of man can kill a child or pass it by as it cries for help because of his nationality or religion????  What sort of person can run over an animal in the road for fun?

Nothing has changed under the sun since the world began I am sure… but shouldn’t we all learn and become wiser?  Why is it we can’t learn from our mistakes?  What is the main fault of man?

“You cant jump a jet plane, like you can a freight train.  So I best be on my way… In the early morning rain!”

Posted by Back Street Mary at 5:36 AM