Story of the Dream Net, Sigurd Olson, Whispers of the North and winter!

As the wind whistles outside my window and the snow floats softly to the ground, I like so many creatures am starting my winter solstice period.  They in their winter quarters... I with a book by the wood fire.  The days of laboring on outdoor projects this year has come to a close, ending with my unfortunate hand dug excavation of my side yard to solve a septic problem caused by this years two floods. 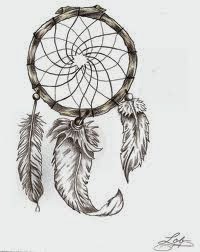 I visited the museum today with its new snug roof and its completion... sat wondering how I managed to get it together.  My little band of volunteers managed to put on a good small Eaton Day and Backstreet Barb and I finished a number of new books and videos.  All in all I don’t think we could have done more.

But it is winter and new projects loom, projects that I hope will lead me to a vacation in the Adirondacks or the lakes country.  So with that in mind I picked up a new book Cathy Nagle donated to my history collection called “Runes of the North” by Sigurd Olson.  The book written in 1963 is a collection of stories & legends… (Runes).  It covers Olson’s ramblings through the Quetico-Superior country of northern Minnesota and northern Ontario, Canada …that includes the Lake of the Woods and the long canoe passages of the many rivers and connecting waterways.

Runes, stories…  as he describes the scene as a young man before the logging companies clear-cut the rivers and lake banks floating the logs to mills.  Before nature lovers banded together to stop such practices that laid waste to vast areas for years and years.  He spoke of the fish and wildlife that flourished...  we now speak of oil pipelines and tar sands projects.

Olson eventually became a teacher and with his writings and expertise helped draft the Wilderness Act of 1964, he served as the president of the Wilderness Society.  Places that he helped protect included National Parks and Wildlife Refuges from Alaska’s Artic to Point Reyes National Seashore in California ...eventually becoming President of the National Parks Association.  Olson led quite a life.

The part of the book that charmed me the most was his telling of the legends of the Chippewa... including one about “Dream Catchers” that have become all so plentiful at gift shops.  The natives called them Dream Nets and on the Grand Portage Indian Reservation as a young father he was given one.  To him it was an unusual gift.

The Native woman told him to take it home and hang it over the beds of his children.  She explained that good & bad dreams waited around children for dusk and that the net would stop bad dreams from reaching them.  When he questioned the small hole in the center she smiled and said that it was so the good dreams could enter.  He did hang the dream net over his sons’ beds and related the story of the Chippewa woman to them.

Olson says: “Their years of childhood faith, I believe, left a mark upon them and as proof, the little net was eventually hung over another little bed in Alaska.  The net accomplished its purpose as it had for the Chippewa over the centuries of time.”

So perhaps when I dream tonight of camping in the north….and imagine a dream net over me…only good dreams will come……

“Whispers of the North
soon I will go forth.
To that ancient barren land
where nature takes its course……”

View and listen....great scenes and music!
Gordon Lightfoot music... video by a man for his dad and a trip they took!

Posted by Back Street Mary at 3:40 PM