Sitting here tonight trying to get my woodstove going with wet wood… while looking out the window and seeing the snow falling with the temperature dropping…. I was reminded of a Christmas Eve a number of years ago.  My parents were alive and I was expected to be in Syracuse for Christmas Eve and then to dinner on Christmas Day. 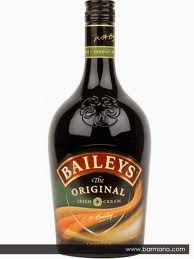 All of my wood had gotten wet because the week before there was a rainy period, just like this week. A snowstorm hit so I called a friend Jim that I bought wood from when I ran out and asked if he could spare some dry wood. I also asked if he could slide in the 1/4 mile to town and throw some wood into the stove once… while I was gone.

Pauline, my neighbor came over. She was worried about my traveling all those miles since the storm had started to brew in the early afternoon and warnings were on TV, which, of course, I did not have. She brought me a bottle of Baileys Irish Cream that her son Wayne had sent her, she thought I could use for the holidays. I told her not to worry about it I’d make it!

I fought my way to Syracuse with my next-door neighbor’s four-wheel drive “bumpmobile”, as he called it, because he didn’t think I would make it back and forth without it.

The snow was so bad by the time I got to Syracuse that my mother had fed everyone, was mad at me for being late, and fed me a baloney sandwich. My brother and his wife spent the night in Syracuse so it was no great problem for them, but I had to go home to get the house warm again and keep the pipes from freezing.

I left Syracuse at about 11:30 p.m. and started back to Eaton. I made it to Cazenovia and had to wait for a plow to pass so I could follow it, for I knew that otherwise I would never make it home.

About 1:15 I made the turn down Morrisville-Eaton Road, a dangerous road at best. Luckily there were two tire tracks ahead of me, so I followed them on the winding way to town. I could not believe it when the car turned onto Brooklyn Street and then went into my driveway! Sure enough, inside my house was Jim’s wife, trying to get the fire going again. It seems Jim ordered her to stop in after midnight mass and do it because it had taken him so long to get it going in the first place.

I laughed; we could see our breath in the house. As I tended the fire, she talked about what she had bought the kids, and I said, “Robin, have you ever had Baileys Irish Cream?” She said no and so I said, “Do you want to try it for a Christmas toast?” She did, and so we stood in the kitchen right up next to the woodstove and drank Baileys until 3 in the morning.

I assure you that the house never got warm, but we did!