This has been another wild week of weather...unbelievable it was 33 this morning!!!  I am still trying to get caught up for our big museum opening.  Sure hope Monday is nice…

After fighting with my poor old PC I gave up and transferred the documentary I was working on to the Apple and from there it blossomed into more trouble. 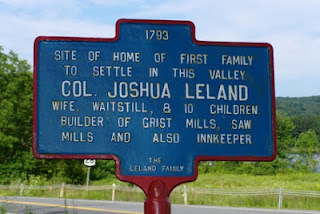 Everyone thinks that the country is quiet…ha!  I had to try and get up at 2 in the morning to record the voice over for the documentary on Leland and believe me every so often I still heard a truck rumble through town and of course, into my voice over.  Then my little video camera took a turn for the worse…rule 1 - never take your video camera on to Fourth Lake in a Kayak.   But all and all.. the documentary is together without a studio (which I need terribly) and without using my large camera in a space that is too small and…fighting the fact that sound travels for miles…and farther.

I then called the group together to set up the canopy frame that had been twisted into a pretzel by the storm that dropped a tree on the museum and had punched a hole in the roof.  It took three people exerting all their weight to bend that thing into submission.  Then the poles that hold it up had to be shortened to eliminate the bent ends….Now you say flimsy metal right?  Wrong!  It is 11/2 inch steel pipe.  Luckily I have a plumber on Front Street who came over and in a few minutes eliminated the problem.

Then on to the big problem….it is 33 degrees outside and they are predicting cold nights like this for the weekend!  So tomorrow it is get propane and set it up to heat building in the morning of our big “Event”!

Humorously… the person who is supposed to bring the ice for the event emailed that maybe she should bring hot coffee and tea!  Also  said, “Who do you think is going to want “Ice cream”!  Hmm….

Lastly but more importantly, since the tree also took out my electric service for the second time and I have not reconnected because of money…the generator won’t start!  So as a sidelight….generator repair 101!

Well there is one thing for certain …we are going to celebrate history!  And even though the historian who has only had 3 hours of sleep a night for two weeks is sleepy…the Revolutionary re-enactors will wake her up when their cannon fires the first volley of “Remembrance” behind the museum on Monday!

So come out and help us celebrate a Museum Opening, Revolutionary War Veteran’s and one of our founding father’s here in Eaton…Col. William Leland whose sword will be in the museum to liven things up!

Eaton’s Old Town Museum is located on River Road in Eaton, NY.  For more information visit www.historystarproductions.com.
Posted by Back Street Mary at 4:06 AM